If you want to get better at recruiting developers (especially in London!), or master content and marketing, you might check out Hung Lee. 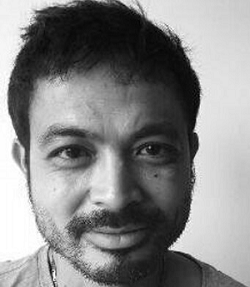 I first learned about Hung through Ongig’s Google Analytics — I saw that 500+ people had visited Ongig over just a few hours and that they had come from a recruiting blog called Recruiting Brainfood.

I checked the blog out and saw that it was Hung’s blog — he had mentioned Ongig in a blurb.

If you know blogging and marketing, you know that 500 people coming over from a blurb like that is a big deal. I cover more about Hung’s subscriber base in the interview.

Hung also understands how to recruit developers. He is a former recruiter and now CEO and founder of Workshape, a creative web site that matches software engineers with employers.

Below is the transcript of our chat — I edited it for clarity but it’s mostly the raw conversation we had. I used a new artificial intelligence based app called OtterApp (thanks for pointing it out, Hung!) to transcribe our chat.

The main deal with us is that we want to collect…aspirational data from software engineers — what it is that they want to do, because we think that’s the missing component in recruitment

The main issue is this: recruiters make a hell of a lot of noise…and developers are tired of it.

The reason why recruiters need to make this noise is because they don’t know what the developers want — all they have is historical data to go on, which is what a resume is.

You might have an online profile of a guy who’s, you know, fairly up to date online with GitHub or whatever…but it’s still all historical stuff.

There’s no information telling the market what this person wants to do next.

One of the most frustrating things for a developer, or any candidate, is that they are being recruited for a job that they used to do…

Well, guess what developers in a very similar scenario, you know, especially if they want to port from one language to another.

They almost always get a call first for the job that they used to do and that’s massively frustrating.

Q: Tell me more about what you think of recruiting these days.

I think, its still a little bit too much of that hunter seeker type of mentality…where I’m going to do searching and then try to get him to into my pipeline…

…if I was doing, let’s say a recruiting job again. You know, I don’t think I would spend my time sourcing a database that much because that’s what everyone else is doing, right?

What I would do beat deploy some of these growth sort of ideas [like content marketing]…to get the candidates to come to me.

Note: Hung brought up that recruiters at the lesser-known employer brands really have to get creative.

It’s a hustle try to generate noise bigger than we are.

Q: How many subscribers do you have at Recruiting Brainfood?

Q: How are you getting all those readers?

I don’t know, man…I had only 200 subscribers in the first six months or so —  no movement whatsoever…but I was committed.

A good friend of mine Matt Alder told me…he’s got a podcast The Recruiting Future…and he told me that he committed to doing 50 podcast episodes no matter what.

…so I just thought, you know, well, I’ve just got to commit to at least a year of doing this [Recruiting Brainfood] newsletter.

I’ve got to do it every single week can’t miss a single beat I’m committing to this.

…at the six month point something happened maybe enough people saw it and the people were interested in…I was getting like hundreds of new people every week.

I would say who really had a big influence probably someone like Mark Shortall who a lot of people don’t know out of Ireland…he recruits recruiters. He gave a shout out [to Recruiting Brainfood] and just simply said listen: everyone should subscribe to this and then boom, you know, a couple of hundred people signed up right then.

Q: What content has been popular on your blog? 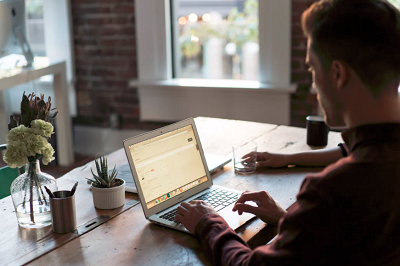 But [the topic] engagement is massive….the problem is shifting away from discovery and into, you know, getting candidates to respond.

[Popular topics for recruiters] include things like what words get more open rates, how to write copy and how long should your copy be.

And the timing of sending out emails…in terms of getting the response rate that makes sense. Because you know what, on Monday morning everyone’s just opening up their email. Are you gonna really email someone at that time, much better maybe to email them Tuesday afternoon.

Q: How much time do you put into the blog?

Each week, I would say five to 10 hours.

Significant yes definitely big part of it is what platform to use. So it’s a great product from a Dutch company called Revue…these guys are amazing.

Revue is great because it helps you curate stuff. So if you’re going to curate things online,  it gives you a couple of plugins to help make the creation of the newsletter much more efficient than it otherwise would be.

Q: How many LinkedIn connections do you have

Q: How’d you get that many?

So I think recruiting helps. I mean, I used to be a recruiter, right? So I think that’s one of the advantages of that job if perhaps maybe the primary advantage of that job is that you do get hyper-connected really quickly…

But secondly you might have noticed, but I actually published quite a lot of stuff on LinkedIn these days because I’ve discovered it’s actually a very good chance to talk about business…and that has ended up sort of accelerating that number to 24,000 in over the last year or so.

I’m becoming more of a mini-writer. The main writing I do is on LinkedIn and attracts loads of people I’m connected to.

Q: Is there a limit on the connections you can have on LinkedIn?

Q: Any secret kind of frameworks are methodologies that you use?

I don’t want this to turn this into new wave type of stuff, but you take a look into the eastern tradition…and the way I see it is if you put positive output out there to the universe…you more likely to get positive stuff come back at you.

Note: At this point in the interview I asked Hung to give just a few words on some different tools and platforms:

Q: What do you think of LinkedIn?

LinkedIn: essential tool. I mean, what can I say, it’s ubiquitous tool…

If you’re a white collar recruiter I think you’d struggle not to be on it. You know, of course, it’s an imperfect system.

But one thing LinkedIn has done is basically create the world’s largest professional network.

You can’t afford not to be on it.

Q: How about Glassdoor?

I really liked their aggressive move into the recruiting space.

I have some reservations about the self reported nature of reviews.

Generally, and this is true not only of employment reviews but of any kind of review of this type…

And this is a quote from my good friend Bill Boorman, who a lot of people are reading this might know — I thought the way he said it was absolutely right:

The person motivated to write a report, he is either someone who’s really disaffected with his business and you know he’s left in some sort of acrimonious circumstance and he thought he’s going to put the shoe in…

And the you might get someone who’s super positive about it.

But you know most people probably leave a business and they probably feel slightly ambivalent about leaving it — you know they don’t then put the review in.

That hidden lack of review is not recognized — it’s not data they’re capturing.

And therefore I think that it will be difficult for companies to get an accurate view based purely on [those types of ratings and reviews].

Q: How about Indeed?

Wow, I love Indeed’s aggressiveness again you know they started off… just aggregating jobs and creating a different type of market.

Then they became a job board and ate breakfast of everyone else.

I like their acquisition strategy and their aggressive business attitude.

I think they’re in a bit of trouble probably going forward with Google for jobs. It looks like a direct shot really at indeed.

So I’m excited to see what they do now that Google wants their aggregator business back.

Q: How about Google?

They’ve taken a serious interest in the job space…and I think this does come from the CEO.

I read that when he announced things like Google for Jobs I think he genuinely wanted to reach out to do a better job of connecting people to opportunity…which he felt was missing and I dare say a big contributing factor to some of the economic anxiety, which we’re seeing in the Western world which has expressed itself politically in over the last 12 or 18 months or so.

So I believe that Google jobs is very much an attempt to try and deal with that economic anxiety by making it easier for people to connect to the relevant job.

So I think it’s a serious thing.

Obviously they’re going to find a way to make money out of it, but I really don’t think it’s a money maker as a driver.

And I look forward to seeing and,  you know, do something about it. I think they’ve got the reach and have the firepower to help solve the problem.

So obviously now is not a cool time to say that..you know I look at it and there’s all kinds of scandal going on about misuse of data and so on and so forth.

We need to be very careful not to hammer these technology companies that in my opinion have definitely been a force… a positive force.

I mean obviously the timeline is a complete mess and it has been ever since they, you know…

Again, they got a monetization problem. And I mean, it’s like, but one of the things I discovered really early on in the web is the best stuff is always free, but no one can not know how to make money out of it…

But specifically with Twitter, I like it because I think it’s great messaging — there’s a better chance that I can get this person on direct message on Twitter than it is on a mobile phone or …on Facebook or LinkedIn.

Rob: I really enjoyed our chat, Hung, and I look forward to staying in touch.