One of my very favorite business books is Influence by Dr. Robert Cialdini. He outlines 6 driving factors to persuade people to say “yes”.

If you can recruit using these 6 persuasion shortcuts, you’ll get more “yes’s” and you’ll get them sooner.

The more you give someone, the more obliged they want to give you something back. That’s why people typically send holiday cards to everyone who sends them one. If a friend invites you to their party, you invite them back to one you’re hosting.

And you don’t have to give much to someone to get something (often more valuable back). One study in Influence showed that if a waiter gives their customer a couple of mints with the check that the tip will increase 23%

But how do you work reciprocity into recruiting? 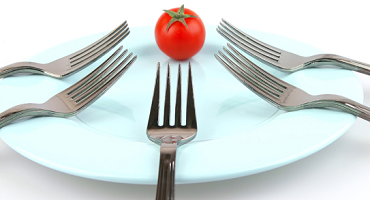 Scarcity is a powerful tool…we’ve all fallen victim to it!

Ever watch the home shopping network and see that just 5 smoothie machines are left…wait, now it’s 4…and now it’s 3.

If a waiter really wants to close a deal on selling one particular dish, all they have to say is:

Tonight’s special is meatloaf but I’m sorry to say there’s just one left.

This law of influence states that people follow the lead of experts.

For instance, the more diplomas a doctor has up on the wall the more likely the patients will follow their advice. 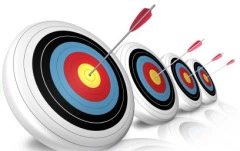 Oh, this is a favorite one of mine.

Cialdini calls this one Consistency as in people like to be consistent with things they’ve previously said or done.

A research example shows that if someone asks us to watch their belongings, we’re more likely to try to capture a thief who tries to steal them than if we had not been asked.

This principle is also called “Commitment Theory” or the “foot in the door” technique.

If you’re selling retail, you’re a lot more likely to get your sale if the person steps inside your store (because they just made an extra “commitment” of putting their foot in the door) then they would be if they are just window-shopping.

People prefer to say yes to those they like.

Cialdini says you will be more liked if you:

Cialdini calls this Consensus but I call it social proof.

In short, when uncertain, people look to the actions of others to decide their own.

That’s why so many of us use a tool like Yelp to pick a restaurant. If we’re not certain where to eat, it feels good to pick the place with 100’s of reviews and a 4.8 star rating!

One mistake many employers make is that they limit their social proof to their corporate/career pages — they don’t leverage social proof on their job descriptions.

Candidates often get their first (and only) impression of you from the job page…so make sure you have social proof there.

For example, Ongig let’s you easily add video, pictures, testimonials, ratings and reviews to any job page. Not all recruiting tactics I recommend are fully automated. But Ongig sure gives you a nice head start!