I know Topgrading really well — and I feel like a Jedi when I use it to hire. In October 2005, a bunch of my favorite friends (including the great Eben Pagan) and I got certified in Topgrading directly from Topgrading book author Brad Smart in his hometown of Chicago. For us hiring nerds, it was awesome — you’re a beast, Brad! 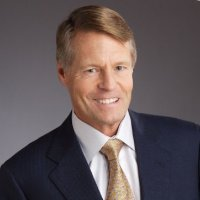 I’ve since used Topgrading to help me size up and interview 1,500+ candidates and while there are many better hirers than me, I’ve gotten pretty darn good at hiring because of Topgrading.

What is Topgrading? Topgrading is often called an interview process, but I think of it more as a recruiting strategy because Topgrading gives you leverage to hire an A-Player before you even decide to interview!

There are really 3 Topgrading keys to hiring an A-Player which I’ve outlined below (skip to the “Dummies” section below if you’d like).

But if you want a little extra Topgrading background first, here are a few other nuggets:

In a perfect world, you should read the Topgrading book and study the complete Topgrading solutions yourself through their software, e-books and coaching found at Topgrading.com. This is a Jedi weapon, people, and well worth the investment!

But if you first want to get at the heart of Topgrading to hire A-Players of your own, below is a little taste – think of it as Topgrading 101 or Topgrading for Dummies:

Topgrading: An “A-Player” Must Have These 3 Things

At the heart of Topgrading are 3 criteria that you should look for to find A-Player candidates.  It’s not good enough that your candidate have just one or two of these criteria.

In Topgrading, you need to have the trifecta!…the hat trick!…the triple double…the Triple Crown — ok, you need all 3 of these things, I think you get it.

The first thing to look for in Topgrading/A-Players is the person’s average job tenure (the avg. # of years they’ve held per job).

Typically, the longer a candidate stays in each job they’ve held, the more likely they are to be an A-Player. Think about it — if you saw that one employee stayed in a job for 5 years and then another employee at that same job/company stayed for just 6 months, which person would you recruit if that was the only information you had!?

I know what you’re thinking: it’s unfair to penalize a candidate for a factor like job tenure if was beyond their control  (e.g. perhaps they were laid off or they had a medical leave). This is true…which is why you have to look at the average job tenure of their whole career.

My advice — you should look for an average job tenure of:

You can easily find average job tenure from their résumé or LinkedIn profile.

I routinely reject any candidate whose average job tenure is about one year if they’ve had 3 or more jobs — this is likely a job hopper (a “B” or “C-Player as Topgrading’s Brad Smart would say). The odds are that this person is not yet an A-Player.

What about when you’re recruiting students, you might ask? There, you have to get a bit more creative with your Topgrading.

For example, I was recruiting a recent U.C. Berkeley grad the other day and I saw that he interned at the same law firm for 3 consecutive summers — the law firm invited them back twice!. That’s a sign of a Topgrading A-Player.

Legal Update Note Late 2018: Asking candidates for salary history is on its way to being outlined in some states/cities. . But you can often still get the gist of the candidate’s likely sales growth by looking at their history of jobs/seniority. So I still believe in this “tool #2”

In Topgrading, an A-Player typically earns more money over the length of their career. This doesn’t mean that they earn more money every year or even at every job, but if you graphed their total compensation from the beginning of their career to the present, you should see a nice upward trend.

The reason?: compensation is typically tied to performance and that upward trend means that the candidate’s employer valued them more and more over the years.

In 2010, I happened to write about my income trend (based on my W2s filed with the IRS over a 20 year period) and here’s how it graphed: 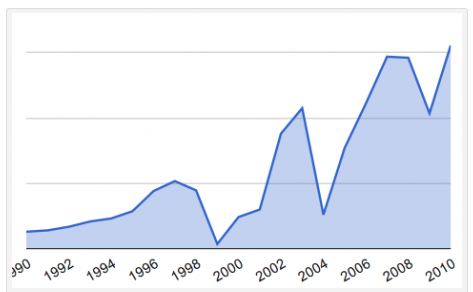 You can see that it’s ok to have dips in the income (e.g. 2 steps forward and one step back) but it goes up over time.

In Topgrading, it’s a near-must to see total compensation increase over time.

How do you find out how much a candidate’s compensation is? You ask them. I do this in my first speed-interview (see below).

Topgrading criteria #3 is what Brad Smart calls “The Threat of Reference Check” and this is just brilliant. You simply ask the candidate for the name of their recent hiring managers and then ask the candidate what score (1 to 10) each hiring manager will give you when you call them. Notice how I use the word “when” (and not “if”) — this is the Threat part of the Threat of Reference Check.

The Topgrading philosophy (which I agree with) is that most candidates will be honest about how the hiring manager would rate them if they know that you will be actually speaking with that hiring manager.

What if they don’t have many hiring managers? I had one college grad who had been a soccer star from childhood through college and so he didn’t have any jobs. I ended up treating his 2 coaches and his Dad as his hiring managers. I learned a ton about him from this!

Note: Most reference checks are bullshit in my experience. Not so in Topgrading. In Topgrading, the actual reference check is very detailed and asks questions that help you double-check the career story that the candidate has shared with you.

The average job tenure (#1 above) is easy to find (through a résumé or LinkedIn), but to get #2 (Compensation) and #3 (Threat of Reference Check) you have to ask the candidate.

I’ve never mentioned this before, but here’s what I do: I make the very first call with a candidate a “Speed-Call” of 20 minutes in which I do the following (after a little rapport):

You’ll notice that this Topgrading Speed Call can take less than 15 minutes for a candidate with 5+ jobs.

Like any methodologies or rules, there will be exceptions to the Topgrading for Dummies approach above that I use. The candidate may come strongly recommended by a referral (in which case you may want to invest a little more time in listening to their career story out of respect for the source). Or, the candidate might have some very unique story that caused some job-hopping and, if you’re like me, you’ll want to hear that story and reassess.

But trust me — if you’re going after A-Player candidates (aren’t we all?), when you meet all 3 of the Topgrading criteria above, you’ll up your batting average( just like Jack Welch and GE).