The job hopper. It’s a sore subject but well worth talking about.

Especially about how to avoid them.

After all, job hoppers can make or break a team or company.

What is a Job Hopper?

Workday CEO Aneel Bhusri should know. He and his co-founder David Duffield are so into hiring that they interviewed the first 500 hires at Workday (they were also named the #7 Best Company to Work For (Fortune 2017)). 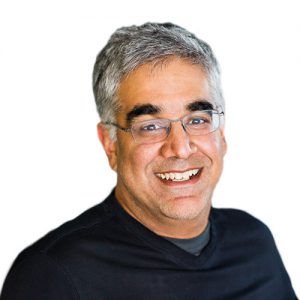 Here’s what Aneel had to say about job hoppers in a recent interview on Masters of Scale with Reid Hoffman:

“We were looking at people who were not job hoppers. And you can look at a resume and you can tell if they’re the “shiny new penny type” that hops from one job to another” We wanted to build Workday with people who wanted to be with us 5, 10, 15 years.”

So, how do you predict if a candidate is going to be a job hopper?

As Mark Twain (or someone smarter than me) once said:

“The best predictor of future behavior is past behavior.”

What’s a job hopper resume look like? I use this simple “Average Job Tenure” calculation:

A few notes on my job hopper resume formula:

So what average job tenure qualifies as a job hopper? Here’s my experience:

If a candidate (with at least 3 years of experience) is not staying at a company for more than a 1-year average, they are almost always a job hopper.

They might be only a few years out of school and still “finding themselves”. They might be later in the career and trying to switch careers or industries.

Either way, chances are better than not that they won’t be stay you for very long.

Remember: This same candidate might course-correct and become a great candidate later in their career.

But right now: they are a job hopper.

If your candidate is averaging <2 years per job they are still very likely a job hopper. A-Players are usually very good at choosing jobs and then stick with it for at least a couple of years.

Again, it often takes a couple of years to truly move the needle for a business. And that’s why the longer the average job tenure the better, I usually find.

But, you might ask: What if a candidate’s job hopper resume is due to a couple of bad job moves in their career or they were the victim of a layoff.

Well, I too certainly believe in 2nd chances.

But you also have your own job to do and the math of <2 years avg. job tenure almost always indicates a candidate who will hop away from you in short order.

Here’s where it gets tough. The hardest job hoppers to spot are ones averaging 2 to 3 years job tenure.

These are the candidates you have to vet the most.

They might be fine if they have a clear story about some bad luck (e.g. layoffs at their employer, their company got acquired, personal reasons, etc.).

If they’re in the average job tenure of 2 to 2.5 years, I’d be very cautious.

If they are averaging 2 to 3 years average job tenure it usually means that at least a couple of their jobs were just 1 or 2 years.

You have to really dig in on these candidates.

Most of my best hires have average job tenure of at least 3 years in their careers. Many have stayed with my business for 4, 5 or 6+ years.

If they were at another employer for less than 2 years it was typically because they:

Exceptions to my Job Hopper Rules

My formula is flawed There are plenty of exceptions to my job hopper rules. For instance, the candidate with a job hopper resume could have:

I also look for when did the job hopping happened.

It’s not as worrisome If a candidate has their shortest job tenure at the beginning of their career if they have shown longevity since then.

Please look closely for a job hopper’s explanations of their short tenure before judging them to be a job hopper.

One final test of a job hopper is how candid they are when talking about their average job tenure.

How to Avoid Hiring a Job Hopper

My best advice for avoiding a job hopper candidate is to us Topgrading type techniques such as the ones in Topgrading for Dummies: The 3 Must-Haves for Hiring an A-Player. The easiest one of these 3 tips is to stick with candidates whose average job tenure exceeds 3 years per job (or employer if they’re promoted within the same co.).

And the higher their average job tenure the better.

I love it when Ongig’s clients (or I) hire great talent. I also love writing about it!